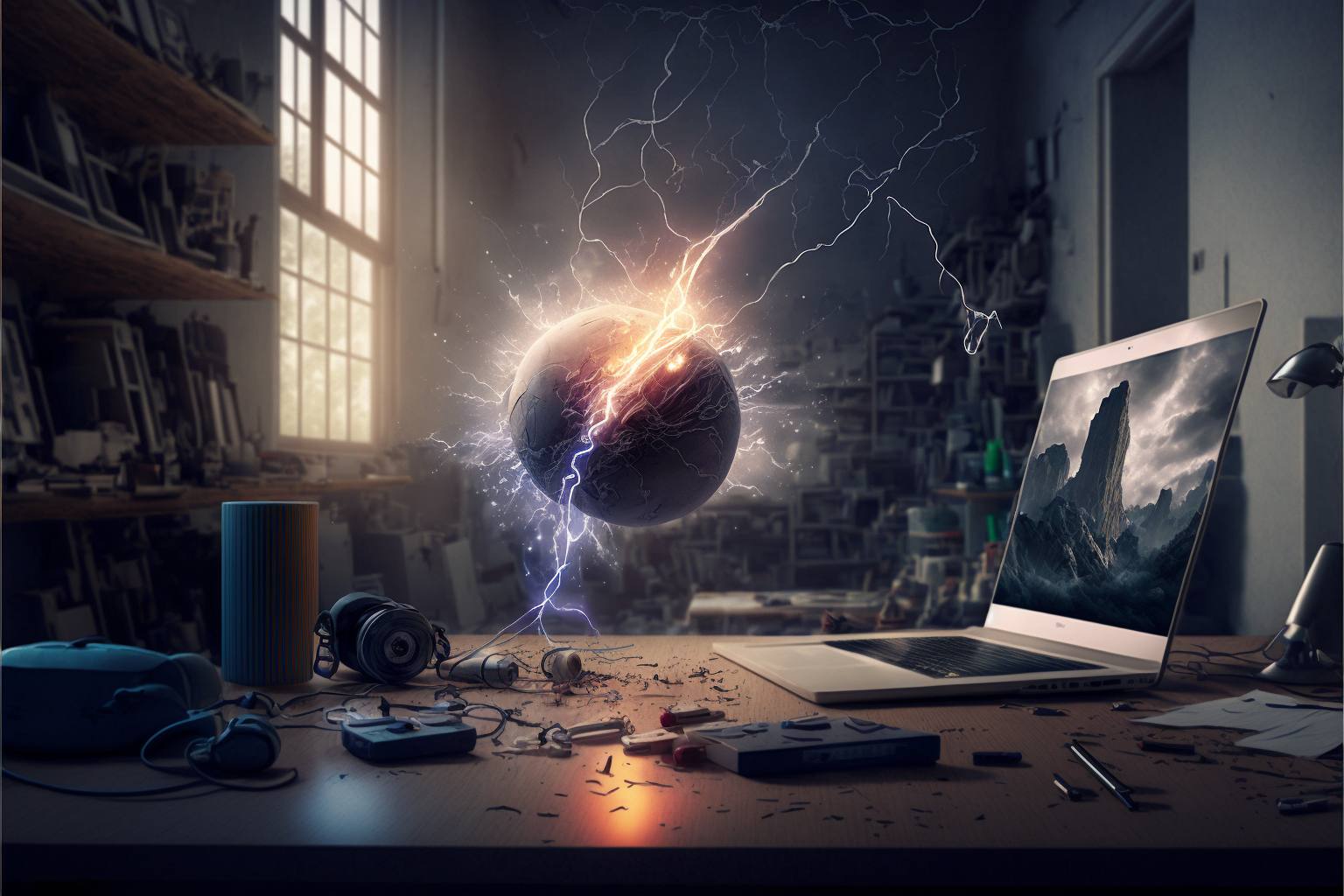 ← With AI "artificial Intelligence" & Photoshop we can do MIRACLES ! Introducing WawStreet, the newest and coolest NFT platform to hit Belgium! →
Jacky Kahan
19/01/2023

As a creative artist, I am constantly in awe of the ever-evolving landscape of technology and how it shapes the art world. The journey of technology in the art world has been a fascinating one, and it’s worth taking a look back in time to see just how far we’ve come. But with every advancement, comes pros and cons.

Let’s start with the pros. One of the biggest advantages of technology in the art world is the ability to create new and exciting forms of expression. For example, the invention of photography in 1839 allowed artists to capture images in a way that was previously impossible. This opened up new possibilities for painters and illustrators, who could now take photographs as reference for their work. Similarly, the rise of digital technology has allowed artists to experiment with new mediums such as 3D modeling, animation, virtual reality and AI, which has resulted in the creation of truly unique and cutting-edge works.

Another advantage of technology in the art world is the ability to reach a wider audience. With the rise of the internet, artists can now share their work with people all over the world, which has led to a democratization of art. This has also made it easier for artists to connect with one another and to collaborate on projects, regardless of their location.

Now let’s talk about the cons. One of the biggest concerns about technology in the art world is that it could lead to a loss of authenticity. With the rise of digital art and AI, it has become increasingly difficult to separate the truly original works from those that have been created using technology. This has led to concerns that the art world may become flooded with “fake” art and that it will be difficult to determine which works are truly authentic.

Another concern is that technology has the potential to replace the artist. With the rise of AI, it is now possible to generate art without the need for human intervention. While this may be exciting from a technological standpoint, it raises concerns about the role of the artist in society and the future of the art world.

In conclusion, the evolution of technology in the art world has been a continuous one, and it has been amazing to see how each new technology has expanded the boundaries of what is possible. From the invention of photography in the 1800s to the rise of AI today, technology has played a vital role in shaping the art world. But like any change, it brings a set of pros and cons. As an artist, I believe that technology can be an invaluable tool for helping us to unleash our creative potential and to create truly great art, but it is important to use it in a way that respects the importance of authenticity and the role of the artist.

← With AI "artificial Intelligence" & Photoshop we can do MIRACLES ! Introducing WawStreet, the newest and coolest NFT platform to hit Belgium! →

The world of NFTs is rapidly growing and expanding, and now, with the launch of WawStreet, we have a fantastic new platform for artists and collectors to come together and showcase their unique and valuable digital works of art. With over 20 artists already on board,...
Read More

With AI “artificial Intelligence” & Photoshop we can do MIRACLES !

Some great tools many based on AI

Very proud to be part of this project!

As a result of constant demand, Brand New Game Netherlands is expanding into Belgium and now has a dedicated Belgian team.

I'm now working as sales & marketing consultant for the biggest international real estate franchise in the world. They just arrived in Belgium. I'm helping them with strategies to recruit agents.We deployed a strategy, implemented & customized the crm to their...
Read More

A nice 4 months project ended this june.Mission : Find Accountancy Offices and Fiduciaries that are willing to sell their businesses.Strategy, execution and crm done by Jax!Mission Accomplished, 70 hot Leads!Client very satisfied! You have a M&A project? Contact me!
Read More

Very Happy to announce the redesign and migration to a new platform of Au creux du bois Another happy client !
Read More

Looking for some online marketing tips to grow your business? Well you’ve come to the right blog. Marketing to customers online is 10 times easier than using traditional marketing tactics.   Online marketing is cost-effective, it’s easier to reach your...
Read More

I just discovered this excellent article, wish you a great read ! How much time do you spend worrying about your blog format when you sit down to write a post? However much time that might be, there’s a better way: establishing an outline and a set of editorial...
Read More

Every business, big or small, requires a professional website these days. However, getting started can be quite intimidating for those that have never handled a website before. A website can be one of the most important elements of a business, helping build trust...
Read More